Let us put your mind at ease... 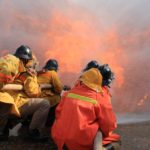 Fire Damage Restoration: The Basics You Need To Know

When you hear a house fire has broken out on the local Worcester new station you may feel sympathy for the homeowner and go about your day. But when a fire breaks out in your own Worcester home is understandably overwhelming, but the restoration process can be even more so. Understanding where to begin and […] 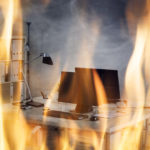 According to the National Fire Protection Association (NFPA), your household has a one in four chance of having a home fire large enough to be reported to a fire department during an average lifetime. Fires affect more than just areas you can see. Soot and smoke can damage furnishings, documents, ventilation systems, and electronics while […] 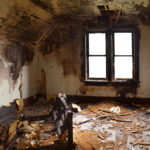 Though the U.S. Fire Administration reports a decrease in fires and fire-related deaths since 2006, there were still over 1.3 million fires reported in 2015 and 3,280 reported fire-related deaths, and The National Fire Protection Association reports that U.S. fire departments respond to 358,500 home structure fires every year on average. These are hard statistics to hear […] 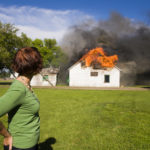 Apart from the actual danger of the heat and smoke from a fire, the long-term health effects that can be caused by fires are very serious. The problems may range from just minor respiratory problems to fatal ones such as cancer. Although much of the long-term damages to one’s health occurs in the midst of […] 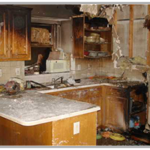 How To Prevent Grease Fires

Preventing Grease Fires Grease fires most often occur when a pan is left on the fire for too long. Another way grease fires occur is when excess grease on the drip pan or stovetop accidentally catches fire. A small mistake can lead to the need for fire damage repair services soon after the fire. Preventing […]

Powered by Spot On Solutions